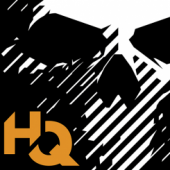 The average rating is 3.90 out of 5 stars on playstore.
If you want to know more about Ghost Recon® Wildlands HQ then you may visit Ubisoft Entertainment support center for more information

All the apps & games here are for home or personal use only. If any apk download infringes your copyright,
please contact us. Ghost Recon® Wildlands HQ is the property and trademark from the developer Ubisoft Entertainment.

Be connected to the Wildlands anywhere anytime with the Tom Clancy\’s Ghost Recon® Wildlands HQ app for Android phones and tablets. All the tools you need to manage your military operations in Bolivian territories are available for you in this personal headquarter.

Tom Clancy\’s Ghost Recon® Wildlands HQ can connect to Tom Clancy\’s Ghost Recon® Wildlands while you are playing the game. Access the Ghost Satellite view to follow real time intels and use them to create your tactics in solo or coop. Send the resources gathered thanks to your rebels in the Guerilla Game mode to make your Ghost progress sooner and faster in the game.

In the Guerilla game mode, discover the story of the Bolivian Rebellion before the events of Tom Clancy\’s Ghost Recon® Wildlands. Play the role of Karen Bowman, a CIA agent operating under non-official cover as an international aid worker of an NGO in Bolivia. Your mission will be to build a network of operatives around the country to combat the growing influence of the Santa Blanca drug cartel, as well as placing a deep cover agent within the cartel itself. Recently, your NGO, Hands Over Bolivia, was accused of espionage by the Bolivian government and kicked out of the country. Now alone, you must use your network to ignite the fires of revolution, recruiting brave men and women who are willing to fight to free their country from the clutches of Santa Blanca and La Unidad.

Last but not least, learn more about the world of Tom Clancy\’s Ghost Recon® Wildlands and its factions with the CIA files mode. Know your enemies before confronting them.

Tom Clancy\’s Ghost Recon® Wildlands HQ features:
GHOST SATELLITE VIEW – Retrieve your in game intels while playing the game, with the comfort you deserve to optimize your travels and play tactically in solo or coop.
GHOST RECON NETWORK – Never miss any piece of information about the game. Connect to the Network, contact your friends and Task Force members to plan your next game sessions through our cross device chat.
GUERILLA – Send your rebels to accomplish missions in Bolivia, find equipment and upgrade their stats and discover their personal story. Get resources for your version of Tom Clancy\’s Ghost Recon® Wildlands and synchronize them while playing the game.
CIA FILES – Discover more about the background of the Santa Blanca Cartel, the Unidad and the Ghosts here and now.

How to Play Ghost Recon® Wildlands HQ on PC,Laptop,Windows