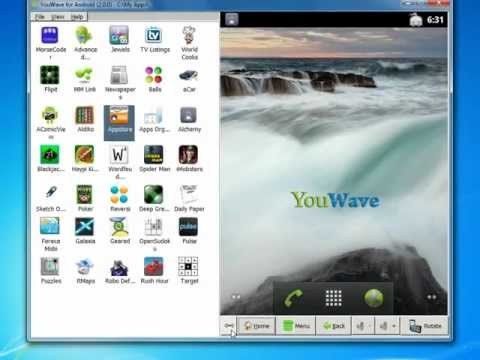 There are millions of apps already developed for the smartphones and Android apps store (Google Play Store) has most of them available for the Android smartphone users. There are many games and apps on the playstore which PC users wants to download them on their computer or laptops. Today we will let you know how to download and install Android apps on Desktop / Laptop computers running Windows 10/8/7 XP or Mac OS using the famous Youwave app player.

Before going further here are some of the main features of the Youwave app player that you must read to know more about this Android app emulator player for computers.

Installing Youwave is as simple as running the EXE file. The program requires 2GB of RAM and 9GB of disk space. During the process, Youwave tells you it runs best with App Store Access and Application Communications enabled. You can uncheck those options, but it’s not clear on that installation screen what they do.

Its quite simple to download and install the Youwave player on your PC, All you have to do is follow these instructions given in the guide below.

1- Download the latest Youwave .exe file from link below.

2- Now open the downloaded Youwave App Player and install it.