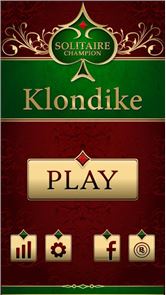 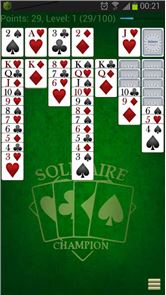 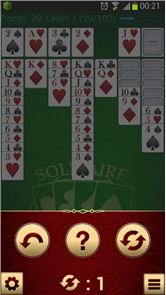 The description of Solitaire Champion HD

For those who have never heard of Solitaire Champion before – it's a classic Solitaire card game with a novel twist of reshuffles allowing you to mix the cards again when your run out of moves. Number of reshuffles is limited though and you earn more as you advance in the game. Believe me – you're going to love that!

But don't just take our word for it. Take a peek at the screenshots below and give it a spin. Be warned though – many people reported this game to be highly addictive!

How to play Solitaire Champion HD on PC