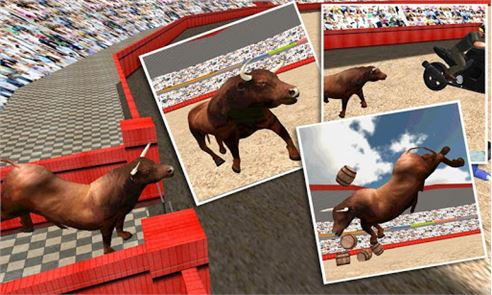 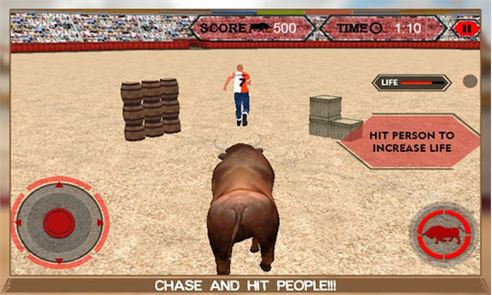 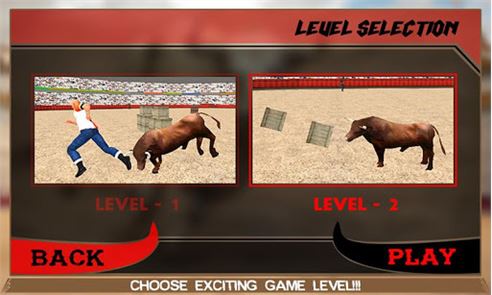 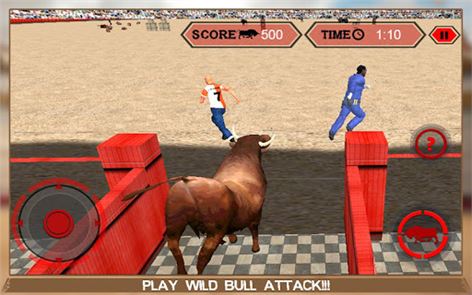 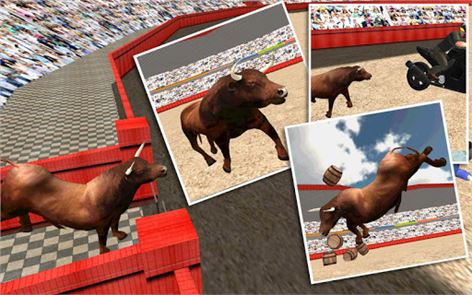 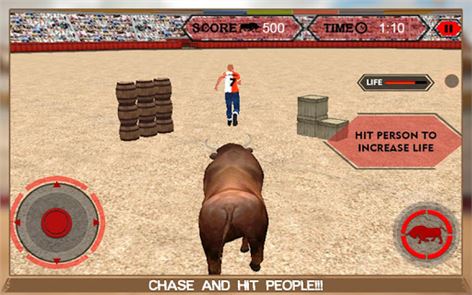 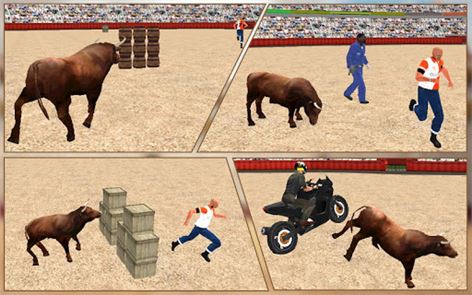 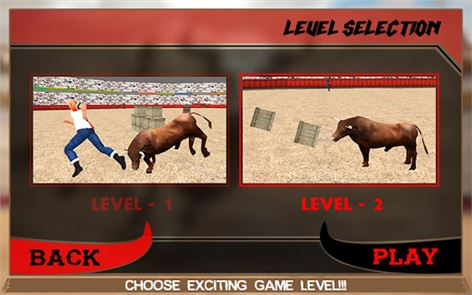 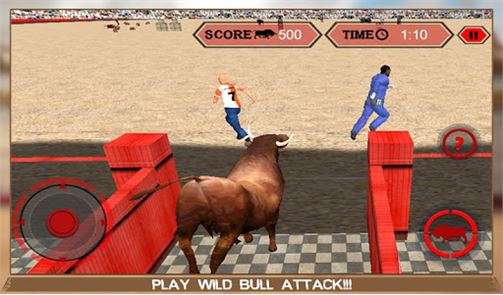 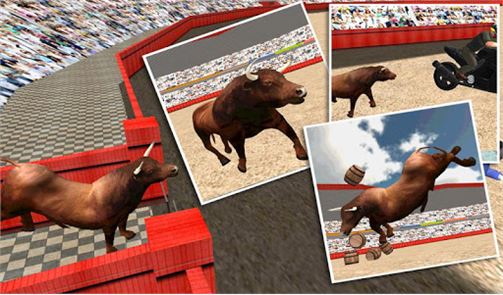 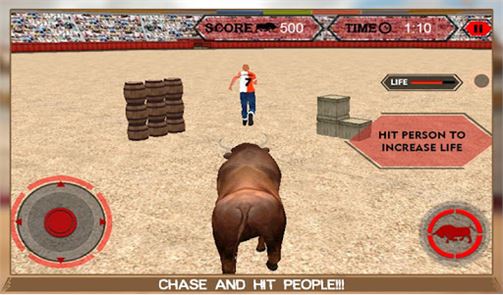 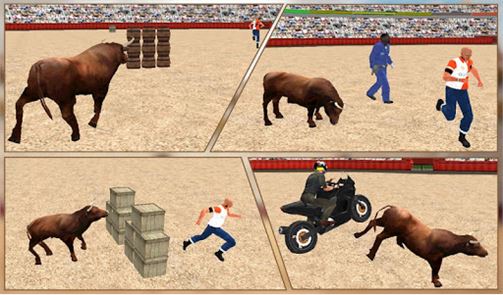 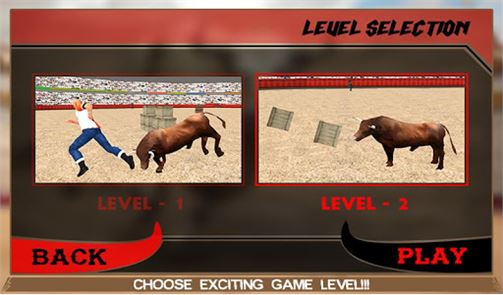 Enter in the bullring the matador champion is luring you with small red cape hiding bullfighting swords to knock you down. Play as crazy wild bull and trample the stadium in Angry Bull Attack Arena Sim 3D simulation game.

Welcome to Angry Bull Attack Arena Sim 3D simulator game where you play as crazy bull and attack torero matador for survival of your life. Public cheering the valor of the matador champion praising him for his deadly skills. Bullfighting is very popular sports and festival game for Spain and other countries like Ecuador, France and more. Live life of the wild wolf who is entered in the arena chase and hit people. Show your rage and strength to the people that you are not some easy task to complete. With your might strength, furious speed and rage storm them down with your anger. Hit them break their bones with your special rage attack.

Let your inner beast out and bring some chaos in town. Feel the thrill and rush with the powerful beast. Take control of the mad buffalo and smash objects in your way. Corrida de toros or bullfighting is ancient sports that people love to see and participate all around the world. Bullfighter are trained before enter the bullring. How they dodge and lure the bull with small red cape. Then they strike bull fighting swords in the shoulders of the Taurus until it loose the strength and rage to fight a.k.a estocada. But you are mighty strong Taurus don’t let the matador bullfighter dodge you with the skills. Smash and hit him hard with your sharp horns attack all people who comes to his rescue or hold you down. Download this superb 3D animal simulator for free in your device from android play store.