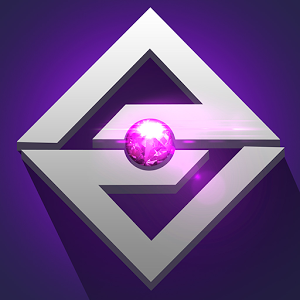 MOBA may be the next frontier in portable gaming. The very addicting touch controls are making its way to your Android screens faster than what any other action genre can give. Besides, a free-to-play multiplayer online battle arena like Ace of Arenas isn’t your usual pocket game. Although it has what every online fantasy games are made of, there’s whole lot more just in stored for you.

Ace of Arenas: Unleashing all the potentials in MOBA

If you were among those who have seen the very promising game trailer, perhaps we can all agree that it’s the best MOBA game we have laid our eyes on. (At least for now). The game takes you to this seemingly familiar story where greed rule over the nations. It has these 3 empires namely Argoth, Apollo and Taren agreeing on a ceasefire to make way for peace. But the following events that took place proved to be otherwise.

A battle between the 2 towers, Taren and Apollo suddenly ignited and the rest was history. The so-called magic circle came into the picture to hold the fiercest battle ever known. All these transpired in what appears to be the arena, (which is why the game is aptly called Ace of Arenas). In this game, you have to be the ultimate survivor and so you need to unleash all the power you could get to triumph over the enemies.

What’s the rave all about?

Initially, the game consists of 3v3, 2v2, 1v1 and bot mode. This time rather, the developers came up with a much more intense approach; featuring the much anticipated 5 versus 5 player mode. Just the same, you will be given the usual MOBA objectives. And that is to devastate the all towers of your opponents. The amount of kills gives you the high score. So far, the game has over 25 heroes and every time there’s a new update, they don’t just add one but two or more new characters to choose from. All in all, there’s so much here to love including the long list of items to acquire and the different skins you can try to put on throughout the game.

Another exciting feature of MOBA (Ace of Arenas in particular) is the game controls. With your device, you can move the characters just by simply swiping from either left or right. This changes the entire concept of tapping your touchscreen device, which can get a little too boring. MOBA fans can see how this one isn’t exactly one of the key features of other contemporary games (like that of Vainglory for example). But then most developers enhance their gameplay so we can only expect more of this swiping technique in the upcoming MOBA releases.

Weighing in with the heavyweights

League of Legends (LOL) and DOTA are permanent fixtures in MOBA genre. If we’ll try to take a closer look at the rune and skinning systems, we can easily spot the similarities they have with Ace of Arenas as well as with Vainglory. Let’s explore what AOA has done so far.

The matches usually last in a short span of time. During this phase, you have to trample down all the enemy towers to win. Players have to take their most prized hero (Champion) to the battle arena along with his men. The opponent will also have the same number of players and matching strength. While engaging in fight, you have to aim your weapon against the other team’s hero champ. You can also target the underlings particularly during the invasions. In case the hero dies, there’s a short waiting time for the character to cool down and regain his or her power. It is important to maximise the character’s abilities before pitting any of them against online opponents. This is possible by resorting to upgrades, IAPs or opting for the bot mode to gain more experience. Whatever it is that you’re looking for, AOA has got every stuff every gamer’s dreams are made of.

Gaea Mobile Limited Action brings Ace of Arenas to your Android device. Not only that. There’s a redefined MOBA game for your mobile that is made even better as we bring mobile gaming to your desktop. Download Ace of Arenas for PC along with Nox App Player OS emulating software app. The concept is very convenient as it gives you the same Android game experience without having to fumble with another unfamiliar user interface.

Ace of Arenas was featured at the Play store among the apps that generated millions of downloads. Perhaps the very unique gameplay, different modes and wide user coverage makes it more interesting than any other MOBA in the market. Let’s find out more.

Beat other International players! AOA has over 1M players worldwide
Get head to head with every new challenge. Ace of Arenas is known for its highly intense battles
It’s FREE! Play Ace of Arenas on PC and get the same Multiplayer Online Battle Arena game performance
Advanced controls. The newly designed controls lets you swipe onscreen easily so there’s no need to tap
Real-time PVP battles held globally. Get ready to takeover the number one spot in the integrated leaderboard ranking
Also available in OFFLINE mode! Take the vs BOT challenge for skill enhancement
Wide range of choices! Discover the vast selection of distinctive characters to add to your roster of heroes
Customise! AOA offers hundreds of weapons and skins to suit your every whim
Immersive game performance. Experience high definition gaming whether in your personal computer or Android device

Nox App Player OS for Ace of Arenas on PC

Nox App Player emulator brings all your pocket games, utility and communication apps to your desktop. If you were looking to play your favourite MOBA game on PC for an incredibly immersive game experience, get a copy of Ace of Arenas for PC brought to you by Nox App Playerroid.net.

Pull-off the most epic stunts!

Take on any kind of challenge anywhere!

At last, you can rule the game and your virtual life with these amazingthings.

Cloud Save Feature (Android). Get infinite storage so there’s no need to delete applications in your phone or tablet
Accessible Local File System (Android). Launch your useful mobile utility applications with this handy feature.
Integrated Camera and Microphone. Make the most of Nox App Playerroid.net apps with the built-in microphone and camera support. Launch Ace of Arenas on PC along with your messaging apps, social media, utility applications and save time from using different devices
App sync to Mobile. All the saved settings, progress, in-app purchases are synced to your mobile or PC whenever needed
Google Play Store. Use your Google Play account for all the apps available on the website

The most versatile game platform!

Full Android User Interface. Virtually see your Android interface in a much biggerscreenand watch the game closely
Windows 7/8 and Mac OSX capability. Nox App Player OS works with any desktop browser and synchronises everything else directly to the open software application.
OpenGL Hardware,ARM and X86 native apps capable. Nox App Player OS is the most dynamic mobile-desktop emulator in the industry.
Run apps from PC. Brings all your favourite apps for entertainment, gaming and communication in one accessible powerful source

Get a hold of the latest happenings!

Facebook support. Got any inquiries? Connect via Facebook and get answers in real-time from the developers’ technical support team.
Push Alert Notifications. Receive the latest notification alerts on your desktop computer or mobile device simultaneously
Keep your smartphone battery full. Launch your PC application whenever you need to keep your batteries ready for bigger ‘emergencies’.

Good news to all MOBA fans out there! Gaea Limited Mobile Action has recently added new features to your favourite game. Ace of Arenas now comes with a brand new game mode, featuring the 5 versus 5 Ranked Battle for a more sensational gameplay! Also introducing 2 new fearless champions;Bragdallur and Xelkus so better watch out for that. Aside from these, players can now further enjoy the game with the recently performed bug fixes, overall enhancements, optimisation and additional clan size and number of friends they can take to the battle.

How to Download Ace of Arenas for your PC:

Step 5: Find Ace of Arenas and start the installation.

Step 6: Launch the game and you can now play Ace of Arenas on pc using a mouse or your keyboard and even your touchscreen, you can use the control button to emulate the pinch function to zoom in and out.

Enjoy Ace of Arenas on PC!!!