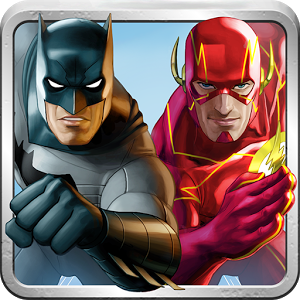 Do you have what it takes to be hailed as the saviour of the Gotham or the Gorilla City? Batman and The Flash Hero Run isn’t your ordinary running game. The challenges are almost too difficult to manage if you hardly know any tricks. In this game, you have to brace yourself to battle against the Gorilla Grodd and the terrible Joker from the DC Comics Universe. This Android and iOS app is now also downloadable on PCs. Enjoy your favourite superhero games on any device when you use Nox App Player to play Batman & The Flash Hero Run on PC.

The epic running would seem like an endless trek as you race by day and battle by night. Go deep under the mysterious Gorilla City and uncover the horde of gorillas lead by Flash’s archrival, the Gorilla Grodd! After sunset, head out to the Gotham City and let Batman fight against Joker’s pack of clown gangsters. Search every corner of the streets and become an inevitable running force to ever come across the two fearsome cities inspired by the DC Comics.

Batman & The Flash Hero Run features none other than your favourite comic book superheroes. It takes you on a legendary running experience that only happens within the universe of the DC Comics. Imagine how Batman and The Flash go through the mayhems brought by the usual villains. Change your game by playing as the Gorilla Grodd, Joker or the Catwoman to expand your card collection. To add more suspense, the cards show different versions, costumes and faces once you unlock them. Sync your achievements and scores through Google Drive when you play Batman & The Flash Hero Run on PC!

Watch out for the new Batman Wing Armour and experience the game like never before. There’s a whole new way to see what goes beyond Wally West Flash or Joker from The Dark Knight Returns if you fuse each character’s strength with another. Let’s look at more ways to make the most of this epic game aside from downloading Batman & The Flash Hero Run on PC. Here are the game tips and highlights.

Focus on what lies ahead and try not to get so absorbed with your character. This would help in overseeing the obstacles clearly and make it easier to get through and improve your scores.
Beat the Joker Boss by maintaining a significant distance when he chucks away some gifts. Dodge from any obstacles he throws in by jumping over it instead of going to another lane. Take advantage of the 2-second interval after he launches a fire before you shoot him to kill.
Earn 50 free gems by connecting your Facebook account with Batman and The Flash Hero Run on PC or any device. Nox App Player also lets you sync your favourite social media alongside your game and instant messaging apps. Using these features helps you stay in contact with your friends so you can challenge them for an exciting friendly competition. Alternatively, you also get to earn gems when your character has levelled up.
To get more coins, you have to complete certain goals on a mission. Most of the time, there are 3 sets of goals with corresponding coins for reward. Use these valuable tokens to purchase some card packs. Each pack contains either The Flash or Batman card with assortment of boosters to fuse the cards with and advance in the gameplay.
Change your character routinely to have better chance of evolving. Maximise one card at a time and must move on to another. It would be wise to fuse 2 maxed out character cards to let your character evolve.
Lastly, if you want to level up quickly and earn more XP, fully load your equipment and shoot as many nemeses you run into.

An epic boss waits toward the end of every battle so make sure to download Batman & The Flash Hero Run for PC for uninterrupted game performance. With Nox App Player, you no longer need to compromise your eyesight with the small screen of your handheld device. Take control of the characters using the integrated virtual joystick features of the emulating software. Follow the simple instructions after this.

How to Download Batman & The Flash Hero Run for PC:

Step 6: Launch the game and you can now play Batman & The Flash Hero Run on pc using a mouse or your keyboard and even your touch screen, you can use the control button to emulate the pinch function to zoom in and out.